10 Ugly Cars: The Definitive Countdown of the Best of the Worst

When it comes to cars, there are a few that stand out as classics, beloved by just about everyone, “car person” or not. When we think of these popular favorites, Mustangs, Camaros, Jeeps, and vintage Chevys come to mind, but personal favorites, of course, vary widely. On the other hand, there are plenty of vehicles that are universally accepted as something a little less glamorous: the ugly cars.

The angular, the bubble-shaped, the failed vintage throwback, the lack of identity (is it a truck or a car?) – all common elements of these tragically ill-received vehicles. It’s remarkable that while we might not all agree on the best cars ever, there are certain rides we all know to be – ugly. Without further ado, here is our list of the ugliest cars of all time:

Critics have awarded the much-discussed Tesla truck the honor of being one of the most hideous vehicles ever made. While it’s bursting with super cool features like being 100% electric, impressive torque and acceleration, a stainless steel exoskeleton and countless other unique traits, its look makes it difficult to appreciate. We’re sure a few people are all about the new design, but for most of it, this creation looks like it might star in a 60’s movie about the year 2000.

No countdown of ugly cars could be complete without the widely detested PT Cruiser. It was possibly the most controversial cars ever released. When it launched in the U.S. in 2001, some people were elated to see the vintage design brought to the modern age, but many were confused and put off by the strange design. While the original model is distinctive enough, Chrysler took the time to also release a coupe convertible version, as well as a wood-panel option, seemingly just to further secure its place as one of the world’s ugliest cars. And have you ever wondered what “PT” stands for? Our money was on “pretty terrible,” but it’s actually “personal transportation.” It’s true. We called to find out.

We’re grateful this atrocity was only produced between 2003 and 2006. It’s a truck, technically, but not one that would or could perform any of the functions you’d commonly rely on a truck for. The design was inspired by Chevy’s iconic ‘40s line of trucks, but it looks like something was lost in translation between inspiration and production.

It was 2001, the dawn of the age of the crossover SUV. Pontiac wanted its piece of the pie, and so was born: the Aztek. While it looks like many of its cousins from some angles, take a closer look at the back to see why this creation is so hated. Breaking Bad fans will recognize the Aztek as Walter White’s ride, one which was remarkably well chosen to represent the depressing reality of Walt’s life in the early days of the show.

The BRAT (Bi-drive Recreational All-terrain Transporter) was born out of a need to offer a small truck to Subaru’s American market. It also happened to be the most commonly referenced “ugly car” when our team was narrowing down the contenders. While the oddly-proportioned vehicle doesn’t look so different from other car-truck crossovers like the Subaru Outback or Australia’s sweetheart, Holden Ute, the BRAT was uniquely ugly due to its awkward dimensions and seemingly random design decisions.

Remember the commercial with the hamsters dancing and signing? Of course you do, because you remember how sick you were of hearing that darn song. Could it be, the reason the Soul is so universally hated is related to its marketing? Perhaps, but Kia really didn’t give its strange little car a chance with its tacky styling, oddly boxy shape, and plastic interior.

It feels like Nissan and Kia brainstormed their new niche offerings together, because the Cube is so much like the Soul, with a few more confusing – yet seemingly consistent within the realm ugly cars – details thrown in. The rounded back glass, the lack of actual corners, the ripples on the interior’s roof; it all adds up to be one strange, square, and confusing ride.

Let’s be clear here: the Murano is a favorite among crossover fans for its classy interior and sleek design. But one version stands apart and forces the viewer to ask just one question: why? The cabriolet was badly received, with Car & Driver saying plainly “Drivers will hate this car,” and was quite expensive to boot. Alas, the Crosscabriolet is now in high demand in used car circles, seemingly for its scarcity, not for its style. But it’s certainly secured its place in our hearts as one of our favorite ugly cars.

This breathtakingly hideous two-seater T-top was mercifully only sold from 1995-1997, but it’s left a dubious legacy in its tracks. While it’s plain to see why most folks wouldn’t appreciate its unique styling, the X90 was imported to countries across the world, and is now in such high demand for niche buyers that only one is available on Autotrader. At all.

You might notice a cult hate-favorite on this list: the AMC Gremlin, but it’s no mistake. We simply could not feature the Gremlin on this list for one reason: the 1974 Ford Mustang 2, which was actually named by Consumer Reports to be even worse than the Gremlin. The Mustang II made the Gremlin look good. Need we say more?

There you have it – the bad, the ugly, and the confusing. While these ugly cars certainly don’t match our aesthetic interests, it’s clear that for some buyers, quirkiness is a major factor when finding a new dream ride.

Got an ugly car to sell? Ship it wherever with affordable, instant rates. 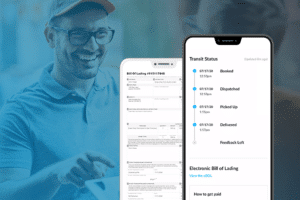