How Are Cars Shipped?

The auto transport business is driven by efficiency. There are many ways to ship a car. Millions of cars are hauled by truck, by rail, by air, or via large ship overseas every year for many reasons.

How are Cars Shipped By Sea?

Ocean vessels that specialize in shipping cars have been built to hold up to 8,000­ vehicles, although most are designed to transport between 4,000 and 5,000 vehicles. These ships are used to move cars and trucks to the United States. These ships go to five ports in America, where the vehicles are unloaded for transport to the dealer or individual by truck or rail.

How are Vehicles Shipped by Rail?

About 70 percent of all cars sold in the United States will travel on rail before a car carrier makes the delivery to the dealer or individual buyer. Longer routes are more cost effective by rail, but rail has limitations in destination locations and specialized equipment required to load and unload the vehicles.

New cars are loaded onto auto racks at the plant. In some situations, new vehicles are trucked to a loading dock at the rail yard. Ramps allow the cars to be driven onto the decks. The cars are then secured and locked in place on the decks.

Specially designed rail cars called ‘auto racks’ have two or three decks, and can carry up to 20 vehicles. Two-deck auto racks usually carry trucks and large SUVs, while three-deck auto racks carry sedans and other smaller vehicles. A train specializing in moving vehicles with 70 auto racks can therefore carry more than 800 vehicles. On average, a rail journey for a new car is about 1,300 miles.

How Are Cars Shipped by Truck?

Today’s tractor-trailer auto transporters can carry up to 12 vehicles. The car carriers support up to eight vehicles that are placed on the double-deck trailer. The tractor-trailers use hydraulic ramps, making it easy for them to be lowered or raised to provide a smooth approach for loading or to clear vehicles under it when the trailer is fully loaded.

Organizing the shipment and deliveries is up to the driver. An experienced driver can load and secure a trailer of similar-sized vehicles in about 90 minutes. It’s not always an easy task. For example, the first car loaded can’t be the first car delivered, or else the whole trailer has to be unloaded. Larger vehicles are usually on the top level. 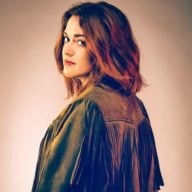 Lisa Friedrich is a content contributor and SEO Manager at uShip LLC. She has been active in the transportation and logistics industry for 8 years. 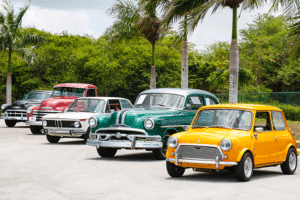 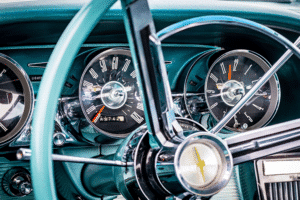 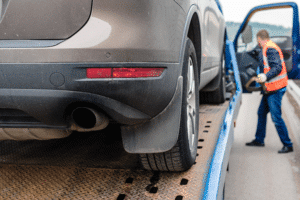