In what may be one of 2020’s ONLY predictable elements, the top four vehicles sold on eBay Motors – and shipped through uShip – have remained steady since 2017. But that’s where the predictability ends, according to the car buying trends revealed below.

The eBay Motors-uShip Top 10 – an aggregate view into used car buying and shipping trends – contains several surprises as a new category of vehicles has found its way into this year’s list.

In short, in 2020, Americana remains steady and luxury-brand vehicles have arrived in style.

The Jeep Wrangler has made a surprising surge this year after ranking a consistent and distant third since 2017 and No. 5 in 2016 and 2015.

Perhaps it’s the vehicle’s strong resell value as people look to get the most from their used Wrangler as they move on to different rides. For buyers on eBay Motors, there’s nothing more exciting than a Wrangler, especially as they embrace the great outdoors.

Outside of what’s selling on eBay Motors, the Ford Mustang also remains one of the top shipped models on uShip.

If the Corvette and Mustang are all about being seen, No. 4 is all about being productive. The Ford F-150, America’s best-selling vehicle since 1981, continues as a chart-topper when it comes to the eBay Motors-uShip combination, as well as on uShip at large.

After ranking No. 14 in 2017 and No. 10 last year, the Mercedes Benz E-Class has catapulted to No. 5 on the list in 2020. As we look at the bottom half of the eBay Motors-uShip Top 10, this jump by the E-Class is no anomaly – a number of other luxury brand vehicles are appearing as well, along with more standard makes and models.

Two of Toyota’s run-forever models found their way onto our list this year after ranking in the mid-teens and twenties for the last several years. Last year, the 4Runner ranked No. 12, while the Tacoma ranked No. 15.

Two polar opposites collide at No. 8: the Porsche 911 and the Jeep Cherokee. The 911 made a surprise surge in 2019 that saw the 911 ranked No. 4 on the eBay Motors-uShip Top 10 after ranking in the teens for many years.

The Cherokee, in all its utilitarian glory, has commonly been down the list. But similar to its more popular and rugged brethren, the Wrangler, the Cherokee has surged in 2020 among buyers who may be looking for more space and aren’t scared off by relatively low gas mileage.

Not to be outdone, two additional luxury models made the list – Cadillac DeVille and BMW M3 – while several Ford and Chevy base models showed up as well: The Expedition, Bronco, and Thunderbird from Ford, and the Silverado 1500, C/K 1500, and Monte Carlo from Chevrolet.

Luxury again finds its way into the top 10 with Porsche, Mercedes-Benz, and Audi, along with some standard models, such as the Ford Bronco, Ford Focus, Pontiac Firebird, Chevy Tahoe, and Chevy Blazer.

Despite their obvious differences, Americana and luxury-brand vehicles do have several things in common:  They offer a comfortable, stylish ride. They tend to hold their value if you’re thinking of selling your car on eBay Motors, and there are plenty of auto haulers on uShip ready to make a clean, smooth delivery. Thanks for checking out these car buying trends of 2020! 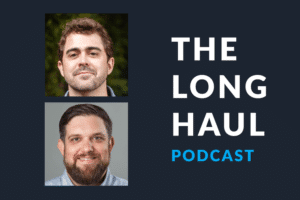 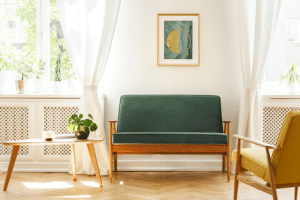