About a month ago the country watched as Otto’s self-driving truck made its first successful delivery. The 120 mile trek from Fort Collins to Colorado Springs, Colorado, started before dawn and went off without a hitch.

Otto hauled 45,000 special edition cans of Budweiser while its driver let go of the wheel on Interstate 25. Police escorts followed the semi truck as it made its way to its destination with the trucker hanging out in the sleeper cab.

What a time to be alive, huh.

Yesterday Otto made its second delivery in Ohio. Though this time, the semi truck navigated through traffic at a busier time of day. The journey ran about 35-miles down Route 33 between Dublin and East liberty, Ohio.

Ohio Governor John Kasich tweeted out: “Today, we’re seeing the future of transportation 1st-hand as we send off Otto’s self-driving truck on US 33 & later the Ohio Turnpike”.

With another successful run in the books, we wonder what this means for the future of jobs in the trucking industry? Only time will tell. However, even this robotic semi truck still requires a driver to monitor the truck’s performance from the inside. And as far as we can tell now, human intervention will always be needed in any automated vehicle.

Keep an eye out for Otto’s next haul— a 241-mile test drive on a heavily traffic toll road from the East Coast to Chicago. 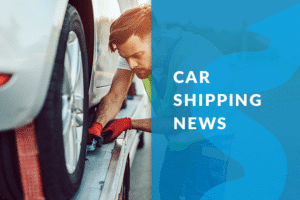